Headlines
Fertility decline is stalling in Eastern Africa
Trends in total fertility rates at regional level in Eastern Africa, DHS 1988–2007. Change in TFR between DHS Round 3 and 4 in percent. 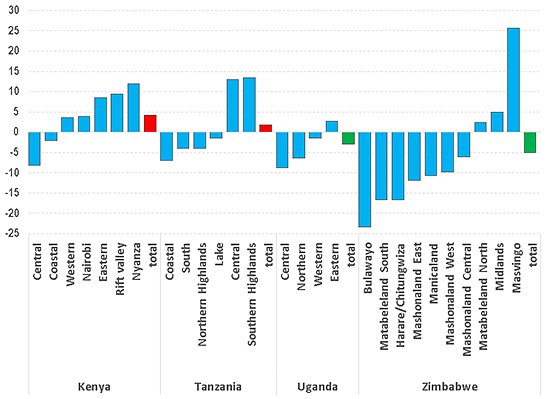 Chart: GKH; Data: Exeh et al.
Using Data from the Demographic and Health Surveys the authors examine the stalling of the fertility decline in four countries of Eastern Africa. They found that fertility has remained at pre-transition level in Uganda over the past 20 years. In both Kenya and Tanzania the fertility decline has stalled at the national level. In Zimbabwe fertility declined slightly at the national level, but the decline has stalled in some regions.
The results suggest that declines in contraceptive use, increasing preferences for larger families, and increases in adolescent fertility were consistently associated with stalls in fertility across all four countries.
Source: Alex C. Ezeh, Blessing U. Mberu, and Jacques O. Emina (2009) Stall in fertility decline in Eastern African countries: regional analysis of patterns, determinants and implications Philos Trans R Soc Lond B Biol Sci. 2009 Oct 27; 364(1532): 2991–3007.
Why is fertility so high in Africa and why is it declining so slowly?
The author analyzes why the fertility transition in Sub-Saharan Africa occurred later and is proceeding at a slower pace. He concludes that several factors contribute to the slow pace:
(1) delayed and slower (economic) development,
(2) pro-natalist nature of African societies; and
(3) weakness of family planning programs in Africa. 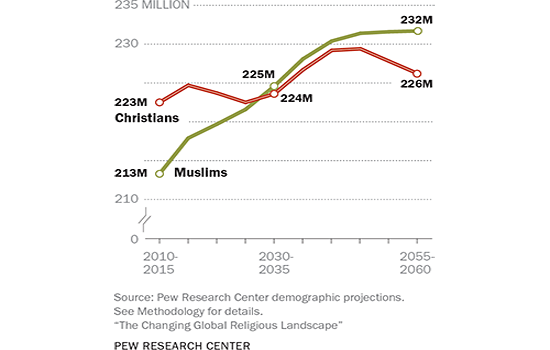 In a recent research project the Pew Research Center projected Muslims to be the world’s fastest-growing major religious group in the decades ahead. In less than 20 years from now, the number of babies born to Muslims is expected to exceed births to Christians.
Source: Pew Research Center (2017) The Changing Global Religious Landscape. April 5, 2017
Europe needs many more babies to avert a population disaster 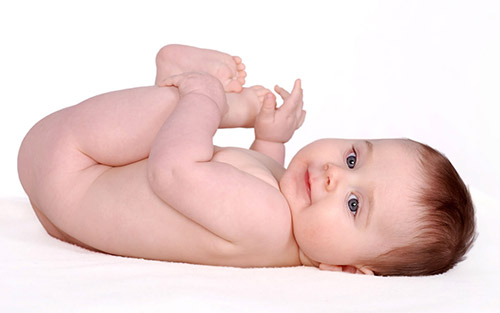 By Elnaz6 - Own work, CC BY-SA 3.0, https://commons.wikimedia.org/w/index.php?curid=26631498
Across Europe birth rates are tumbling. The net effect is a ‘perfect demographic storm’ that will imperil economic growth across the continent.
The EU’s Eurostat agency estimates that by 2050, Portugal will be the country in Europe that is home to the smallest proportion of children, with just 11.5% of the population expected to be under the age of 15.
Source: Ashifa Kassam, Rosie Scammell, Kate Connolly, Richard Orange, Kim Willsher, Rebecca Ratcliffe (2015). Europe needs many more babies to avert a population disaster. The Guardian, 23 August 2015
Immigration not going to stop Germany's demographic problem 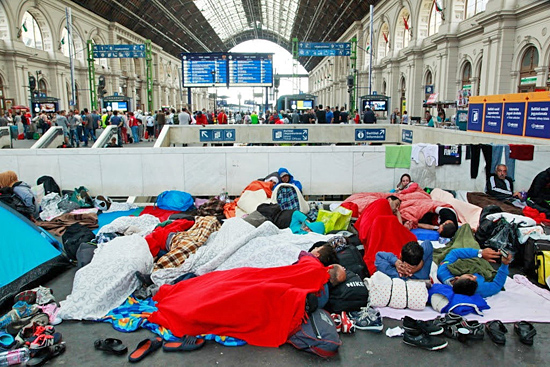 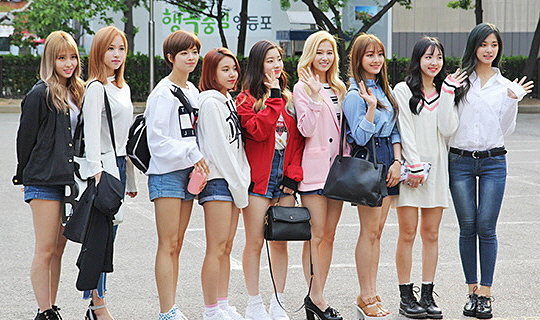 Author: Solkka, 13 May 2016, http://solkka.tistory.com/2; 한국어: 무대 아래서도 빛나는 아이돌 출근길 사복패션
South Korea’s low birth rate means the size of its youth population – those aged between nine and 24 – will be slashed in half by 2060
Source: Agence France-Presse, 7 January 2013
China considers paying couples to have a second child 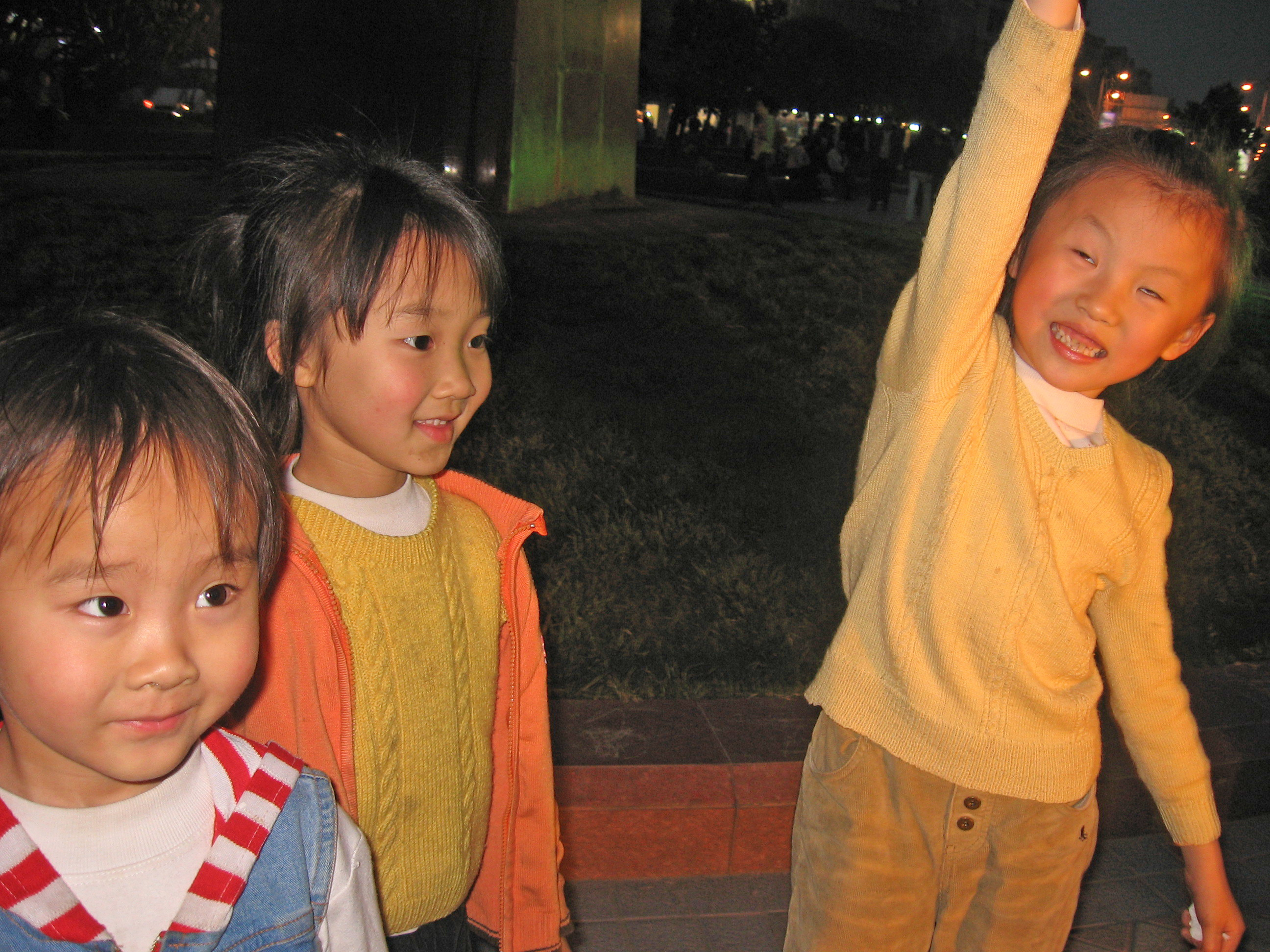 Image source: [GFDL (http://www.gnu.org/copyleft/fdl.html) or CC-BY-SA-3.0 (http://creativecommons.org/licenses/by-sa/3.0/)], via Wikimedia Commons
After abolishing the one-child policy, Communist party mulls financial incentives to parents who have more than one baby.
China’s birth rate, one of the world’s lowest, is fast becoming a worry for authorities rather than the achievement it was considered at a time when the government feared over-population.
Source: The Guardian, 28 February 2017
India's population will grow further even after fertility rates drop to replacement levels 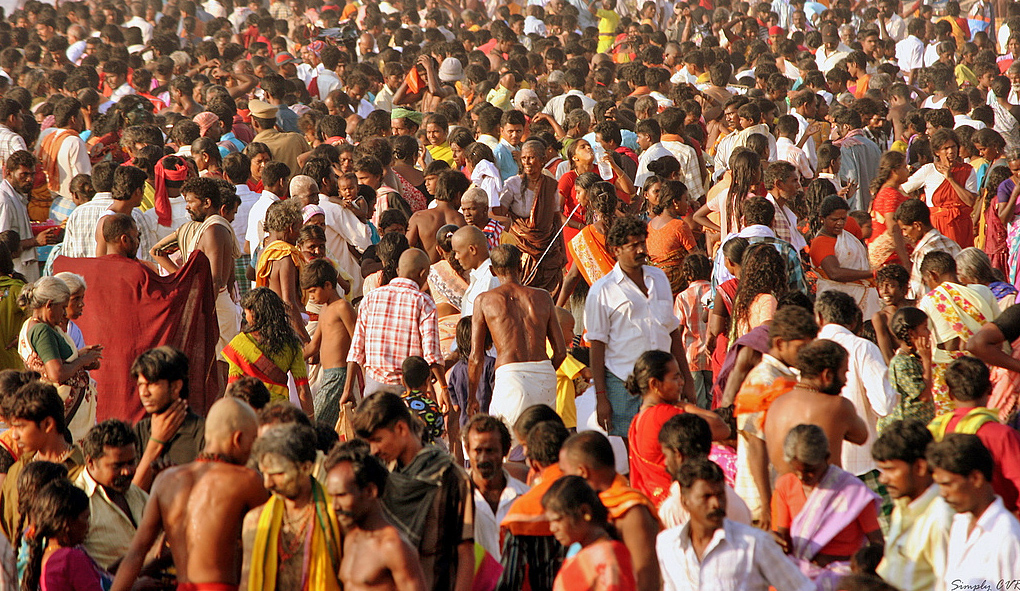 Image source: Flickr, Simply CVR
Evidence from India’s last Census in 2011, confirmed by data from the recent National Family Health Survey 2017 (NFHS-4), shows that fertility in India is fast approaching replacement levels.
But even after fertility rates drop to replacement levels, the total population will still grow, and is likely to reach 1.7 billion by 2050.
Source: Diego Palacios, The Hindu, APRIL 28, 2017
Germany and France have the largest Muslim populations in the European Union. 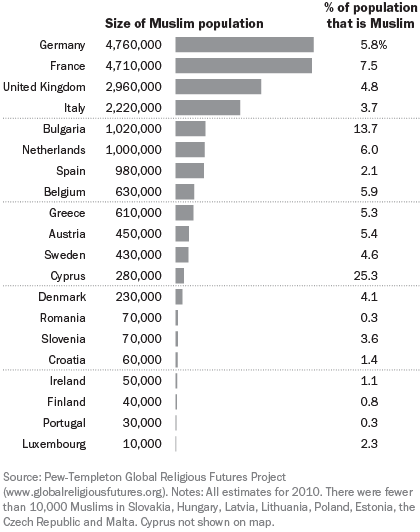